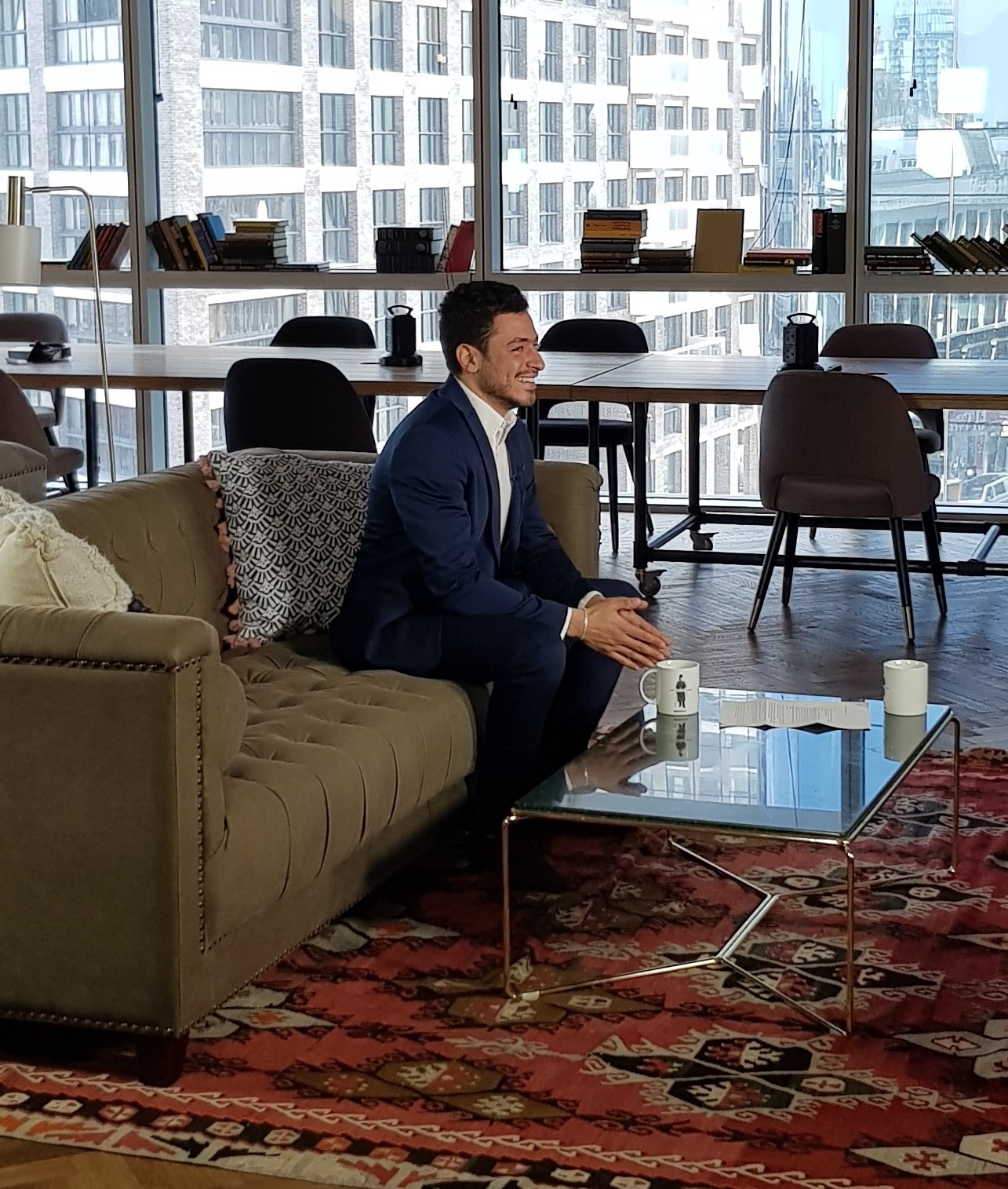 According to the World Health Organisation, cardiovascular diseases (CVD) are the leading cause of deaths worldwide. An estimated 17.7 million people died from CVDs in 2015, representing 31% of all global deaths. In the UK alone, 7 million people battle with CVDs every day. Rightangled is working to address these numbers.

Abdullah, who is sitting across from me at Rightangled’s London headquarters, tells me that the beginning of the company’s story is quite personal. “It was Flo, my co-founder, who came up with the concept of providing genetic testing for patients with cardiac conditions, and that was based on a need she found in her family”. One of Flo's close relatives is a CVD patient who survived five strokes. At the time, their medication did not seem to be working: the patient was exhibiting side-effects and showing no signs of improvement. Abdullah’s knowledge of pharmacogenetics shone a light on the matter. Abdullah believed the reason for these problems was a mismatch between the drug and the patient’s DNA. With this information, Flo approached her relative’s cardiologist to ask for a genetic test that would optimise their treatment, but none were available.

Fast-forward to a couple of years later and Rightangled has created this much needed service. Unlike other DNA tests which are often seen as ‘recreational', Rightangled’s takes into consideration the patient’s lifestyle and environmental factors, alongside their genetic profile. The test is ordered online, and a kit for a DNA sample collection (i.e. saliva) is sent to the patient. Once results are revealed, Rightangled connects them with a specialist cardiologist who analyses the information and provides the patient with a personalised medical assessment.

“Our mission is to improve quality of life. It’s about giving patients the information they need to help improve their condition: whether it’s through avoiding a particular drug, taking the right medication, or making a dietary change.”

When asked about his organisation’s aim, Abdullah says it isn’t first and foremost about reducing the number of heart-related diseases. “Our mission is to improve quality of life”, he states simply, then explains: “it’s about giving patients the information they need to help improve their condition: whether it’s through avoiding a particular drug, taking the right medication, or making a dietary change.”

The Heart DNA test works by looking for specific genetic markers in the heart genome and detecting a range of heart disease signs. This encompasses conditions from coronary artery disease to atrial fibrillation, abnormal blood clotting and inherited thrombophilia. The test can unveil crucial information for diagnosis and treatment. Abdullah explains: “Practitioners know the potential of genetic testing, however not so many of them understand the basis”. Rightangled are changing that by providing practitioners with detailed information on “what these [genetic] markers mean and do, how they impact the prognosis of a disease and the metabolism of a drug”. The end result is enlightening to both doctor and patient and translates into clinical improvement.

“The feedback we’ve received from patients has been so profound that it has made all our work for the past three years worth it”, says Abdullah. Users have got back to Rightangled saying that the test results allowed GPs and cardiologists to optimise their treatment, to “cut through the trial and error in their drug prescription, so that they do not go through any side-effects or any agony, that would come with misprescriptions, over-dosage,or under-dosage”, explains Abdullah. The test has also reached family members of patients with CVD, who wish to know if they have inherited any heart conditions, and put together a plan to prevent them.

“The feedback we’ve received from patients has been so profound that it has made all our work for the past three years worth it.”

Rightangled’s quick growth is a testament to the uniqueness and importance of their service. The team were supported by Birmingham Research Park through their research and development, recognised and backed by the NHS via the West Midlands Academic Health Science Network, and have raised £400,000 through equity crowdfunding in 2017.

The future is promising. Rightangled has already launched their second service, the Fitness DNA test early this year. The new test looks into diet and fitness to help people optimise their exercise plans, have the right diet and prevent injury. In the long-term, Rightangled’s plan has always included further involvement with the NHS, to make their service even more accessible to the public. “The NHS already has its agenda to incorporate genetic testing and personalised medicine within their primary and secondary care practices. We offer them a tool to enable that service to become integrated more easily and in a more streamlined way”, says Abdullah. Their ultimate goal is be a part of NHS Health Check, a service comprised of a number of tests which is offered to patients over a certain age.

Abdullah and the team firmly believe that personalised and preventive medicine is the key to a more efficient and holistic healthcare system. It’s in their name: “Rightangled is about giving a different perspective on how healthcare should be. Every healthcare provider around the world knows the importance of personalising healthcare, because it is the only way we can improve quality of care and, at the same time, reduce the costs”, says Abdullah.

“Rightangled is about giving a different perspective on how healthcare should be. Every healthcare provider around the world knows the importance of personalising healthcare, because it is the only way we can improve quality of care and, at the same time, reduce the costs.”

This startup’s journey of success has taught the co-founder some important lessons: “I learnt that hard work does pay off, and belief is essential. You need to really believe in what you’re doing, and you need to get as much feedback from as many people as possible, as you go along”, he tells me. Driven by the right reasons, Rightangled is championing genetic testing as the healthcare tool of the future.

Back to Company News